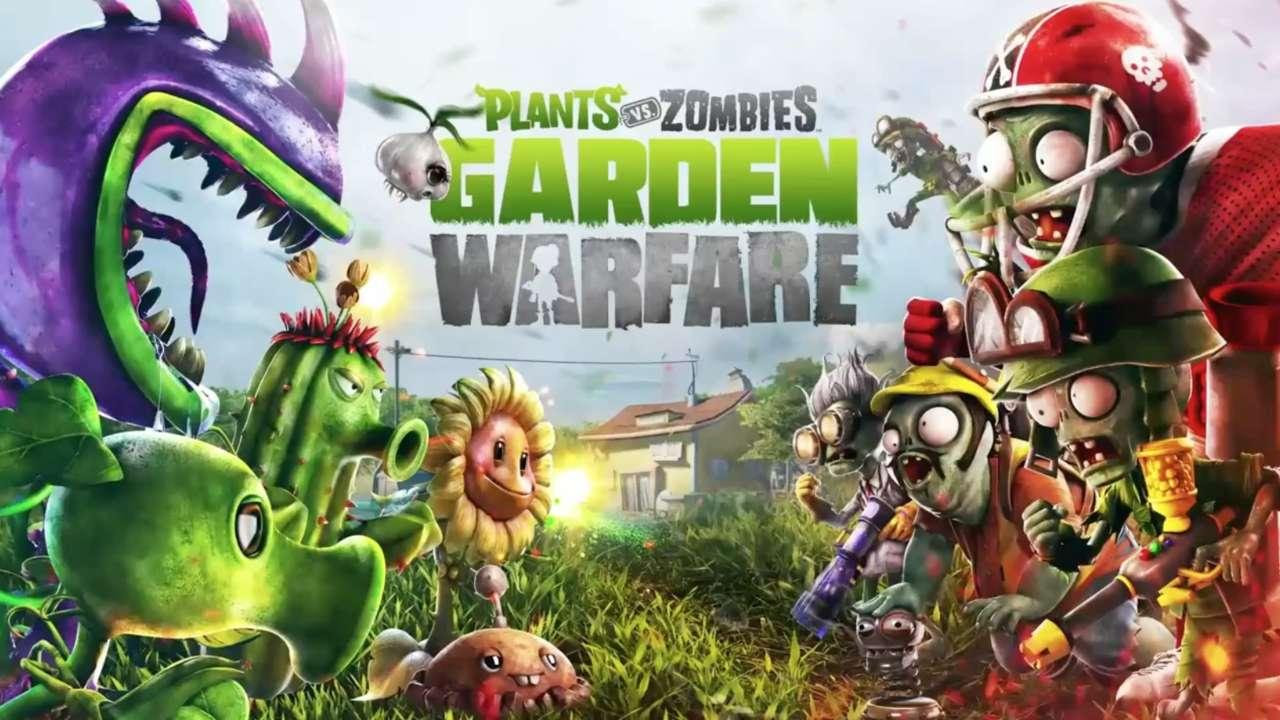 The phenomenally successful Plants Vs. Zombies is a game I avoided until a girl I was dating withheld sex from me until I played it. It was pretty good. The game wasn’t bad either. Plants Vs. Zombies has a weird charm to it. With each advancing horde of the undead, you’d frantically try to upgrade the right plants, and stem the onslaught anyway you can. Particular credit goes to the A/V design - the moaning of the zombies and various plant sound effects created a unique multilayered and off-kilter soundtrack without any music to speak of, and the cartoon graphics presented a ribald charm that felt right at home with the most idiosyncratic of the Nickelodeon Nicktoon classics.

It’s essentially a stationary RTS. It was also wildly creative and wildly addicting, easy to find (appearing on over a dozen platforms), easy to get the hang of, but difficult to master.

On the flip side of that “easy to get the hang of” coin is the modern military multiplayer first person shooter, with a learning curve resembling a left facing U. Generally you get caught up in the hoopla of awesome graphics and destructible terrain, but eventually find yourself in a massive map running around trying to find anyone you can shoot because you’re not quite sure where to be going. Worse, when you do find someone to shoot, they’ll likely be better than you, shoot you first, and you have to start the whole ordeal over again. This is a real downer if you’re just starting out. By the time you think you’re making some real progress you run up against a server oopsie, a sniper shooting you from afar, or some other hiccup that puts you off the whole experience, unless you join a clan or have a bunch of friends to play with. The modern online FPS is as casually enjoyable as a snuff film.

If you ask EA, it seems the fix for this problem is a bit of Popcap fertilizer. The deft touch of a studio that refined Pachinko and honed match three color games to such a fine powder that you yearn to grind it up and rub all over your gums when not playing. Say what you will about ‘casual’ games, but they’re popular for a reason. They don’t waste your time. You’re there to match jewels, drop balls, shoot colored orbs out of a frog's mouth, clash with clans, or settle the long-brewing war between Plants and Zombies - no cutscenes, no respawn wait, no insanely difficult learning curves, just good, clean, fun. Until you hit a paywall at least.

Which brings us to the not free to play Plants vs. Zombies: Garden Warfare, which attempts to bring the FPS to kids. Or rather, the poor kids whose parents won’t let them play Modern Warfare or Battlefield or even “Titan Fall”.

First impressions are interesting in that anyone over the age of 11 and below the age of say, 18, will probably blow it off as a ‘kiddie game’ and go back to listening to Miley Cyrus or something. In reality The Xbox One graphics are bright and colorful. Characters are nicely detailed and display sufficient personality on the surface - especially the whacked out zombies. This is only enhanced by various unlockable skills and class customization options.

Class variety is good, with each ‘faction’ getting your standard scout / sniper / soldier / medic / mechanic classes, with a couple of differences. There’s a cool piranha plant class that essentially lets you burrow under ground and jump up and devour an enemy in one gulp, not unlike a certain Mario bad guy that likes to reside in big green tubes. Each class unlocks a few skills like rocket packs, friendly buffs, heals, barriers, and you’ll likely gravitate to whatever suits your particular play style. Overall, it looks and feels authentic and well crafted. That idiosyncratic charm is carried over,

But it’s harder to appreciate charm when an enemy is rushing at you guns blazing, as opposed to slowly shuffling through your defenses. You may also have trouble aiming at that enemy. It may be my controller or subtly degrading fine motor skills, but the controls feel a bit twitchy. Since the game runs at 60 FPS, characters are speedy as hell, and a small adjustment to your aim can send you wildly off course if you don’t have your skills trained from other shooters. Playing as the Cactus class, which is a sniper, I found myself doing that thing newbies do where they end up looking at the floor or the sky the entire time in order to ensure they’re lined up perfectly should a character walk into their frame of view.

An adjustment or two of an auto-aim setting and control stick sensitivity alleviated these problems somewhat, but for whatever reason the control didn’t feel as tight as I’d hope for a game aiming for a mass audiences of kids who may never have played a multiplayer shooter, or can’t-believe-they’re-adults that need a proverbial booster seat. It’d benefit quite a lot from a Grand Theft Auto V model, where you can lock on to a given character and adjust your aim within the confines of the lock on, instead of the standard free aim model they use now.

This would at the least help cut through all the chaos happening on screen at a given time. There’s explosions, beams, bullets, glowing orbs, pulsating statues, random AI controlled zombies, enemies on roofs, underground, and on jetpacks, and its difficult to settle on a target amidst the insanity. Thankfully when approaching battle you do get an enemy indicator icon on screen letting you know a bad guy (and what type of bad guy) is near by, which are just the training wheels new players, and players like me who just aren’t very good at honing my skill in this kind of thing appreciate.

You’ll be (poorly) honing those skills across about four game modes and several maps - with the promise of completely free DLC in the future. You have your “Garden Ops” which is horde mode, your standard deathmatch, and variations on ‘plant the bomb’ ‘capture the flag’ and ‘control the rally point’ - all gussied up with lants Vs. Zombies charm. So the bomb you have to planet is strapped to a gnome’s back, the control points you defend or attack are graveyards, and so on. The environments are colorful and bright, and provide sufficient nooks, crannies, and hiding spots in which to unleash your mayhem. There’s also various spawner points in a map, and activating one unleashes one-or-two AI controlled teammates to serve as “Titan Fall”-esque canon fodder. There’s also a decided effort to streamline the whole thing, with fewer buttons and simpler mechanics. You’re not calling in air-strikes or toggling the fire mode from auto to semi-auto, for example.

Unfortunately on some of the larger maps there is a lot of back and forth walking from your spawn point to the battle, and once there the sheer insanity of it all makes it tricky to stay alive for an extended period of time unless a teammate revives you - which is standard for the genre, but continuously disengages you from the action.

So the question remains, what specifically is this game going for? Is it “Baby’s first first person shooter”? If so, that baby is better at games and more patient than I. It’s a $40 dollar game with a strange demographic, but perhaps the Plants Vs. Zombies brand is powerful enough to compel die hard fans to dig in.

Look, Plants Vs. Zombies: Garden Warfare Is a quality shooter for sure, and a ton of TLC went into the art design and aesthetic presentation to create something bright, colorful, and unique visually. But it doesn’t innovate or iterate on the genre - providing a coat of paint, toning down the complexity, and ultimately leaving a game that kinda sorta exposes the reasons why I’ve personally never been able to get into these kinds of games. There’s a lot of waiting. Everyone is likely better than you. Aiming requires precision, and confidence requires practice and sacrifice - toss in Kinect being the default mic and getting an awkward audio peak into the living room of other players, I can safely say this is a only game for fans of the genre or people who want their kids to be fans of the genre.

Simply put, whether you’re an American Soldier, Master Chief, or a giant, anthropomorphic sunflower, for a some of us, war is hell. But for millions of other gamers, war is a hell of a lot of fun. If you have kids and you’re itching to play something with them (and already bought “Lego Marvel Superheroes”), or you have a kid who is yearning for a Call of Duty game but you don’t want to relent, you can do a LOT worse than Plants Vs. Zombies Garden Warfare. But if you’re not into this kind of thing, don’t expect the grass to be greener on the casual side of the fence.