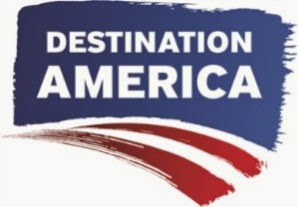 "We joined forces with TNA because of their rich history with wrestling and have compiled an incredible anthology of TNA WRESTLING'S GREATEST MATCHES to share with our audience," said Marc Etkind, general manager of Destination America. "We're bringing fans and viewers together as we celebrate the wildest, the most intense, and the most jaw-dropping moments in the careers of some of the best professional wrestlers in the world with TNA WRESTLING'S GREATEST MATCHES."

"The legacy of TNA is best celebrated by looking at the amazing moments created by our iconic wrestlers in their finest matches," said TNA president Dixie Carter. "It's why we are so thrilled to bring TNA WRESTLING'S GREATEST MATCHES to the ever-growing lineup on Destination America, the new home for fans looking for professional wrestling at its best."

Friday, January 23 at 1 PM ET: Best of The Knockouts

TNA Entertainment, LLC, is a privately held sports entertainment company represented by United Talent Agency and based in Nashville, Tenn., specializing in events, products, numerous TV properties, merchandise and music, as well as the management and promotion of professional wrestlers.  The roster features such greats as Jeff Hardy, Kurt Angle, MVP, Lashley, Magnus, James Storm, Bobby Roode, Austin Aries, Gail Kim and the lovely and lethal Knockouts, through its highly successful flagship IMPACT WRESTLING weekly broadcast, which will begin airing on Discovery Communications' Destination America in January 2015. The product is the world's most innovative experience in professional wrestling and is broadcast in more than 120 countries.  For more information, please visit www.IMPACTWRESTLING.com.

Visit us online at DestinationAmerica.com