From the Grudge Match: Ted Blanchard Reviews Clash of the Champions XVI

Since the last Clash, Ric Flair left in a tizzy, and Lex Luger finally won the big one, the WCW world championship. Surprisingly, he turned heel in the process, aligning himself with Harley Race and Mr. Hughes. Ron Simmons is on a collision course with Luger, and they are set to sign contracts for a Halloween Havoc match at the Clash.

Jim Ross and Tony Schiavone run down the card. Then Eric Bischoff makes his Clash debut, and Paul E. Dangerously and Missy Hyatt describe their roles for the night.

15-man battle royal- El Gigante is the final entrant. There is also Oz, Big Josh, Z-Man, Barry Windham, Dustin Rhodes, Steve Austin, Bobby Eaton, The One Man Gang, MP News, Terry Taylor, Ranger Ross, Tracy Smothers and Tommy Rich. Gigante picked Parker up to the top rope with a choke, but he fell back in. Eaton and Austin went over the top but landed on the apron. Josh headscissored Taylor over, but they along with Ross all fell out. Thomas Rich then fell out off-camera, then Parker. Gigante splashed Gang and Oz in the corner. Zenk out. Austin backdropped Smothers out. Gang backdrops Eaton out. News missed a charge on Gang and fell/jumped out. Windham and Austin out together. El Gigante fought both Gang and Oz off. The heels then threw Rhodes out, but Gigante then double clotheslined them out to win. *3/4.

WCW light heavyweight tournament semifinal, Badstreet vs. Brian Pillman- The Birds accompanied Brad, I mean Badstreet, but Randy Anderson promptly ejects them. Pillman gets a shoulderblock to begin. Pillman headscissors Street and rolls him up for two. Armbar then Pillman gets a sunset flip from standing on the top, then a dropkick. Pillman tries to suplex street, but then gets suplexed to the outside. On the apron Street launches Flyin' Brian to the post. Badstreet out, and Pillman flies through the ropes on him. Pillman get 2.9 off of a backslide. Pillman grabs a crucifix, but gets Samoan dropped. Pillman hit a flying bodypress for the win. This was alright. **3/4.

We take a look at the always-fun Top 10. I like that guys are listed as their nicknames ("Stunning" Steve, "Beautiful" Bobby). Damnit, I wanted to see tag teams! There are always two or three listed who may not have ever teamed.

Johnny B. Badd vs. Sting- I'm not sure why this one happened. I guess it was a showcase for a hot new character? Sting accepted a handshake to begin. Sting leapfrogged and dropped-down before backdropping bad, then a Vader splash hit knees. He no-sold that, but then missed an elbow off the top. Bad hit a sunset flip off the top for two, then Sting got an inside cradle. Sting got a sunset flip for two. The crowd is legitimately hot for this. Sting gets an armdrag and twist, but Badd reverses it. Badd misses a charge, then Sting twists his arm. They hit the mat for conference it seems, then Sting suplexes Badd, which he no sells. A box has been wheeled down the ramp. Sting whips Badd to one corner, then Badd collapses on another whip. Sting then misses a Stinger splash, and Badd faints and then punches Sting in the ribs. Badd sees the box and thinks it's for him (was that a subtle rib on Mero's character?), and Long tells him to finish off Sting. Sting then rolls up Badd for the win, and Cactus Jack jumps out of the box and attacks him. **1/2. He did the ring apron to the floor elbow on Stinger, and then the face calvary comes for Sting. The match started out good, but I don't know if they got mixed up later or what.

The announcers discuss who wants Sting out of WCW, and keeps sending these boxes with Jack and Abdullah in them?

WCW light heavyweight tournament semifinal, Richard Morton vs. Mike Graham- Ughhh, Mike Graham. I'm going to come back and do this one later. 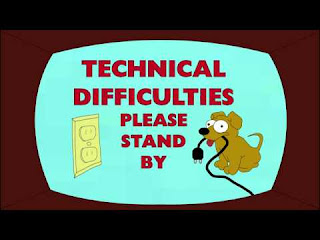 I'M BACK, eight hours later. Graham with a shoulderblock to begin. Graham with a headlock on the mat, and after they get up he complains of a hairpull. Morton grabs his legs off the ropes and turns it into a Boston Crab, then they trade rollups. Graham shoves Morton and he bails out. I wonder if Graham was coming off of a hard partying night? Stone Cold says you'd never know it. Morton with a side headlock, reversed into a headscissors. Graham bridges and gets a backslide. The announcers are discussing the more deliberate pace here than the Badstreet-Pillman match. Graham grabs Morton off the second rope, and kind of German suplexes him. Morton got a cheapshot in, then rakes Graham's eyes on the top rope. It's just like Mysterio vs. Psychosis in '96! Graham gets a figure four but Morton grabs the rope. Fireman's carry by Graham and he drops elbows on the arm. Morton then gets a hammerlock. Graham gets a drop toehold into an Indian deathlock. I realize the lucha style hadn't come to WCW yet, but this is just boring. Morton rakes the eyes, and gets a sunset flip. Morton bodyslams him but misses an elbow. Graham gets a half nelse, and Alexandra York is distracting the ref. Graham rolls Morton up, but gets launched into the buckle and pinned. * Borrrrring. I think Pillman vs. Morton ended up being decent, though.

Kazmeier tried to set a world record bending a bar over his head then neck, but the Enforcers attacked him. they rammed a steel plate into his ribs. Rick Steiner then strolls out to help, long after the Enforcers had left.

Freebirds vs. Patriots- The Patriots are Chip the Firebreaker and Todd Champion. This is non-title, but JR said they've already signed for a U.S. tag title match on the Saturday WCW show. So why are we watching this? The Patriots are from the U.S.A., and represent the WCW Special Forces. This won't be pretty. Hayes starts with Chip, and Hayes moonwalks. Chip then does his own. Hayes throws Chip outside off a leafrog/dropdown sequence, but Chip quickly comes back in for a powerslam on Hayes, then slams Garvin off the top and dropkicks him out. Garvin pounds on Chip back in, but gets hiptossed and dropkicked. Chip sleeper, then he grabs Hayes with one. Arm-wringer on Garvin, then a sunset flip for a near fall. Rollup on Garvin gets 2.9, then Hayes decks him from the apron. Both men tag, and Todd backdrops Hayes and slams both Birds. Double noggin-knockers, then a reverse elbow. Garvin breaks up the count, then Champion gets a double clothesline. Chip gets one off of the top, and as the ref escorts Champion out, Hayes breaks up a pin, and Garvin pins him. * At least it was short. Hayes had pretended to go back to his corner for the ref, and then dropped the elbow on Chip. Smart.

Van Hammer vs. Terrence Taylor- This is our first look at Hammer. He had been one of those guys I'd read about in Pro Wrestling Illustrated before ever seeing them. I think Sabu was the same deal around this time. He might as well have just been Van Hagar himself because of the resemblance. Taylor nailed Hammer with the "computer," but that was no-sold. Bodyslams from Hammer, and three clotheslines. Hammer gets a face-first suplex, and the goof gets the "We Will Rock You" stomp going with the crowd. Knee across the back off the top finishes Taylor. *

We hear from Bobby Bowden, Ron Simmons's former coach. They're really trying to push him, gotta give them that.

Ron Simmons vs. Diamond Studd- Hall says "I'm the Bad Guy!" as he walks out. It was all pretty much right there already. Hall attacks Simmons from behind to begin,then forearms his back. Simmons fires back, but gets his eyes raked. Simmons tried a leapfrog but got Rock Bottom'd. Simmons runs into a boot, and gets bulldog'd. Hall poses on a cover, and gets reversed. Simmons slid out of the ring and crotched Hall on the post. Then an atomic drop gives his giblets more pain. Hall whips him but gets sidewalk slammed. A flying tackle gets the duke. *3/4.
Dangerously interviews Simmons, who says he's been with only himself all of his life. Mr. Hughes and Harley Race come out, and Simmons says he's going to go find Lex Luger.

Missy Hyatt is in Lex Luger's locker room. Ron Simmons immediately knocks on the door, and Luger pushes him out by the chin. Simmons then charges back in off the three-point stance.

World television championship, Steve Austin (c) vs. Tom Zenk- When Z-Man came out for the battle royal he was wearing a belt, possible the six-man tag championship. Now he doesn't have it, perhaps to avoid confusion. Chain wrestling to begin. Austin gets a rope break while in a wristlock on the mat. Austin grabs a headlock, and shoulderblocks Z down. Zenk grabs a headlock and then hits a shoulderblock. More chain wrestling. Lady Blossom is looking good, and JR calls her an evil woman. Are these guys working to a time limit? Zenk gets a superkick and backdrop, but only gets a long two.

Contract signing- Harley Race whispers to Luger before he signs. Mr. Hughes then whispers something to him while he pontificates about Simmons's involvement in the community, and Luger says maybe Simmons could become his driver as part of his entourage. Simmons then attacks and Team Luger takes off.

World tag team championship tournament final, The Enforcers vs. Rick Steiner/Bill Kazmaier-  SteinKaz beat some masked dudes in the semifinals, and the Enforcers beat the Young Pistols and then the Patriots. The Enforcers had like riot control cops with them as they entered. Rick chases Zbyszko in and out, then powerslams Arn. He's basically wrestling both guys himself. Zbyszko slams Rick and works the arm. Arn comes in and does the same. Quick tags, then Zbyszko grabs a headlock. Suplex on Steiner gets two. Rick suplexes Arn, then he tags Larry. Steiner gets a Steinerline on Arn, then puts him on the top. Larry stops the suplex, and Arn clotheslined him off of the top. Kaz tagged himself in and slams the Enforcers. As he military pressed Larry, Arn hit him in the ribs. Larry fell on him for the pin and the titles. *1/2